Lets start with where we are….  a barrier island straight south of New Orleans about 50 miles as the crow (or pelican) fly’s. To drive that around the bayou takes about 2 hours. We could take a boat as the pirate Lafitte did, but we don’t have a boat.

We ended the last post with a family photo on the beach at Thanksgiving. We had spent the day with friends met at the campground, and had a great time learning local history about the pirates that settled the island, and the families that had here. The families still live here, and the streets are named after them.We also learned that later, there was so much sugar cane harvested here that they had a train at one time. 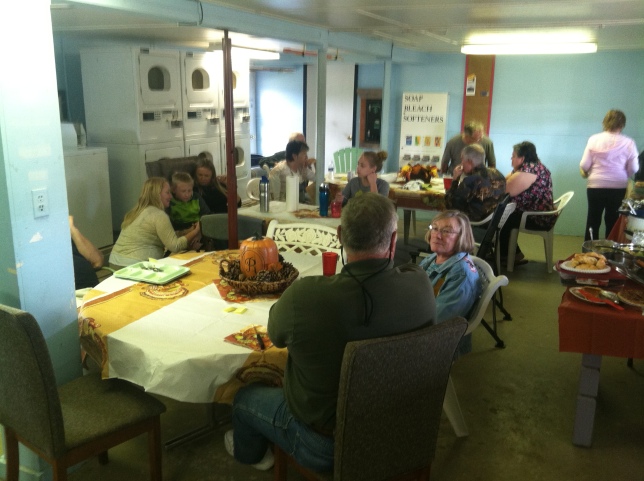 We spend a lot of time at the beach (when it’s not too cold). On Thursdays, Fridays, and Saturdays, there is  a beach that is open to drive on, so it makes carrying all the chairs and fishing gear easier. I love to drive on the beach too. We go and fish the channel, and if all goes well, we will get to catch a shark (sorry Barry, but they get thrown back, most of the time) as they are the funnest thing to catch from shore. The Tuna are a deep sea fish, and we have not made it out with anyone to do that yet. We have a neighbor from Canada who has offered to take us out, but as with the rest of the country, we need a break in the weather for that. 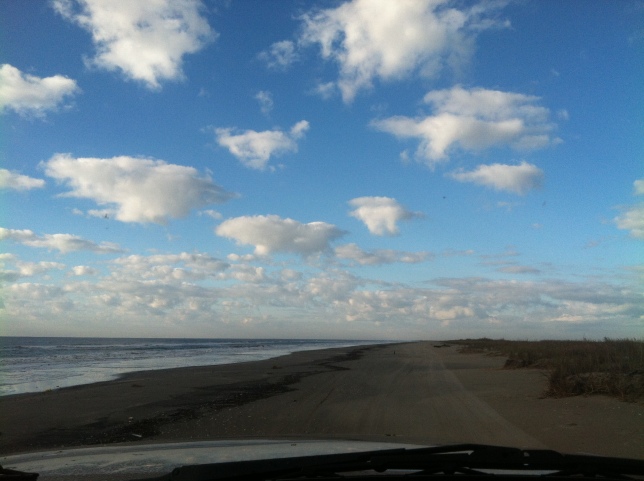 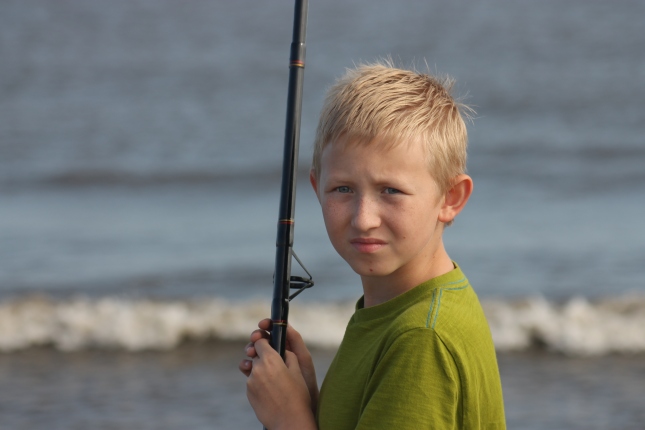 One of the fun things here for us is seeing the porpoise or as we call then dolphins. Every time we fish, and every morning when Danielle and I walk the beach, we see them corralling the fish into the shallows, and feeding. The fishermen aren’t fond of them, but we still enjoy them ever time we see them. 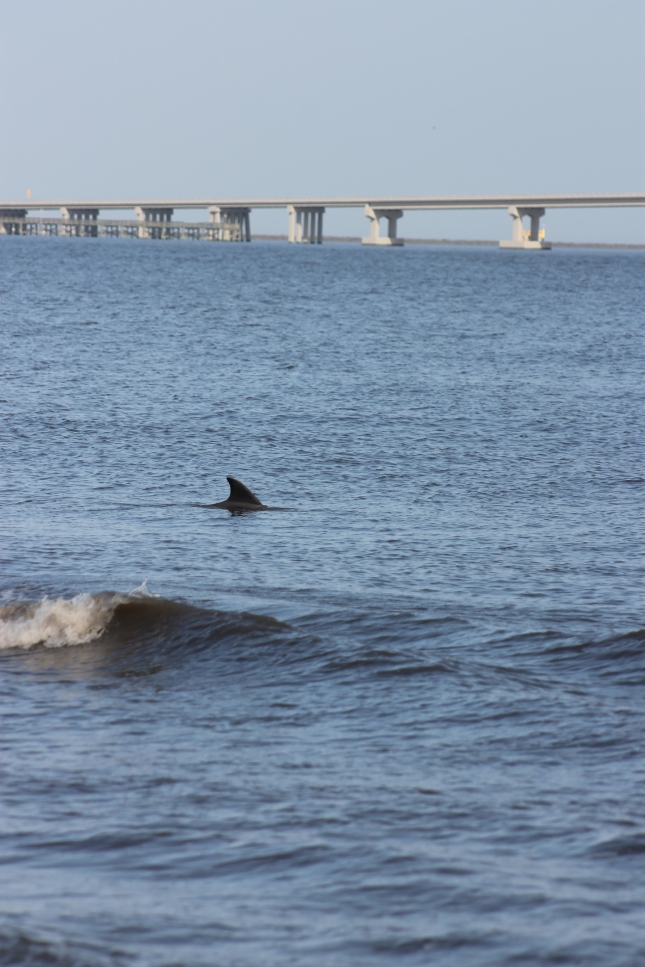 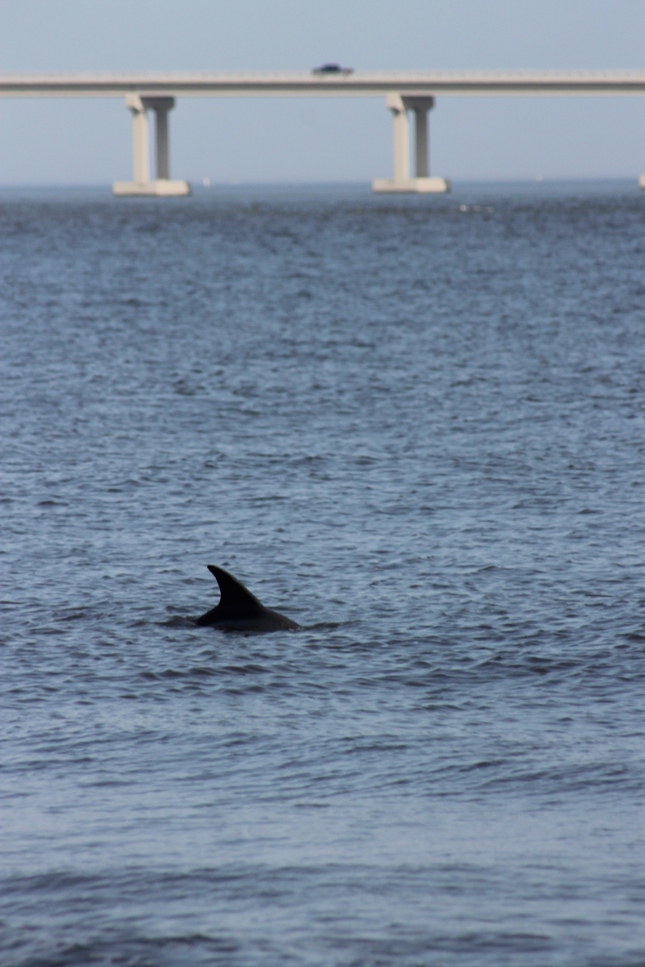 Nation and his Black Drum!

If you wonder what the Bayou here looks like, this is it. You drive miles of bridge to get here, and there are deep channels, but most of it is less than two feet deep. sometimes when the tide is out, you see large areas of mud. To see the swamps and alligators most people think of in Louisiana, you have to go north about 30 miles to the fresh water. That’s where you see the Cyprus trees and moss everywhere. Where we are, it is all salt water, so if there is a gator (usually washed down in a flood or storm) he is blinded and grouchy.

Just before Christmas, we went to New Orleans to tour a bit. It was supposed to be nice weather, but we still froze due to he humid, cold wind. We walked the French Quarter, and enjoyed the trinket shops, as we do at home in Keystone. 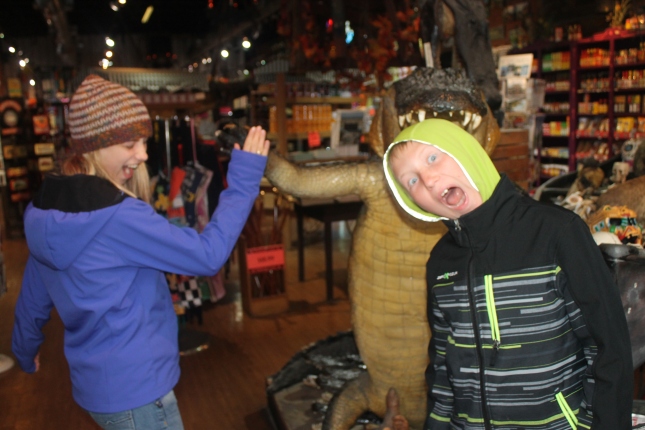 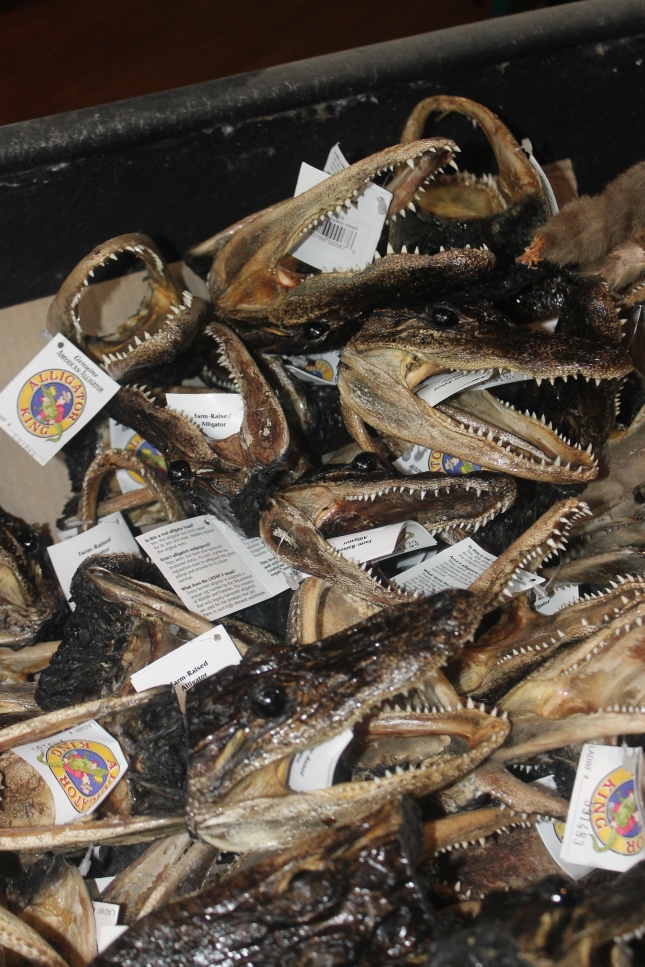 We love the history and architecture of New Orleans. I think it will take many trips before we would feel we saw it all. It is possibly the closest thing to Europe you will find in the states. The French, Spanish and English history is everywhere.  We especially love the live music that is everywhere. 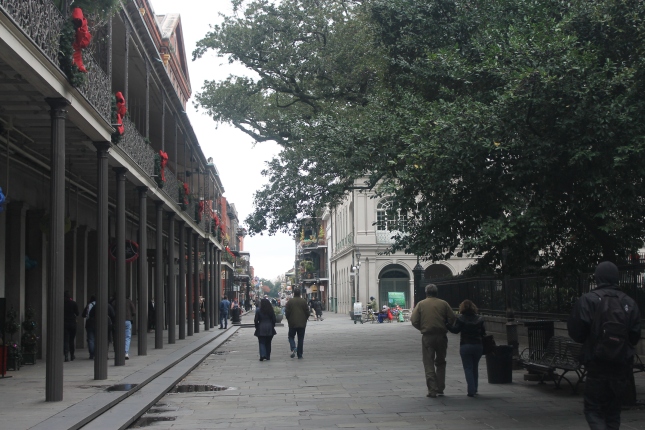 After our walkabout, we met one of Danielle’s clients from Rapid City for lunch. They had come on a tour, and we had a great visit. We then headed to the Aquarium of the Americas. This is a world class aquarium, and we had a great time. The shark tank is set up to show what is under the oil rigs, and the life it sustains as an artificial reef. That is where many of the deep sea charters will go, as there are tuna, grouper and many other fish hanging out under the rigs. 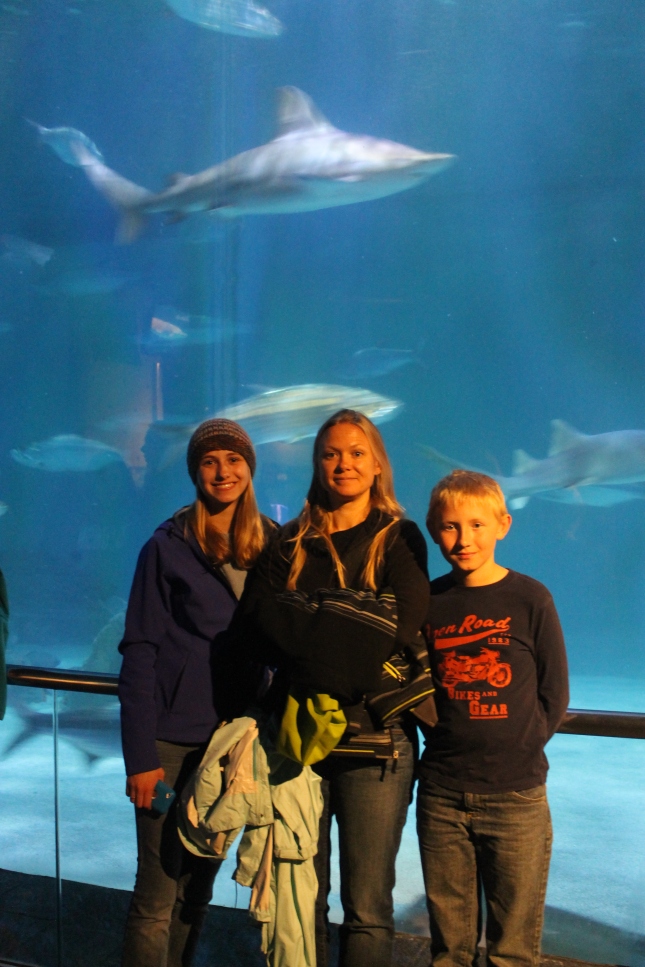 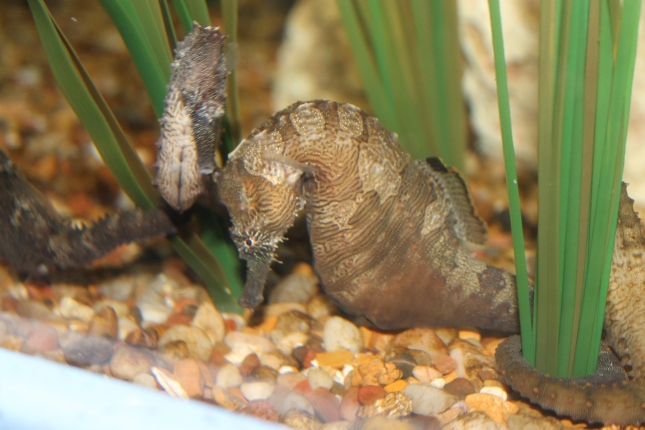 The kids spent a lot of time at the sting ray pool. They are able to touch and feed them. The rays are like dogs, and will actually come to you to be “pet” if they are comfortable with you. You just hold your hand in the pool and they come rub on it. 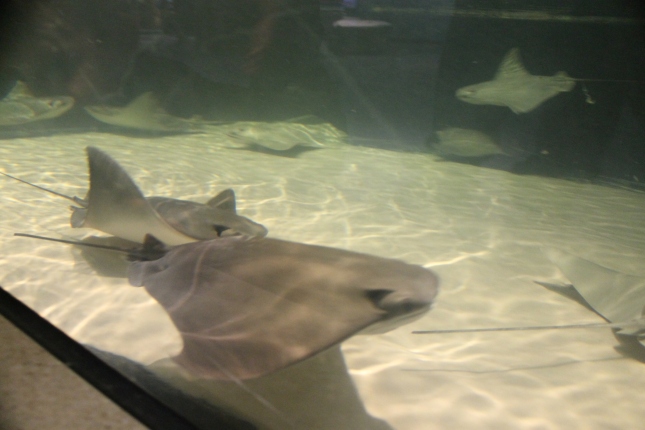 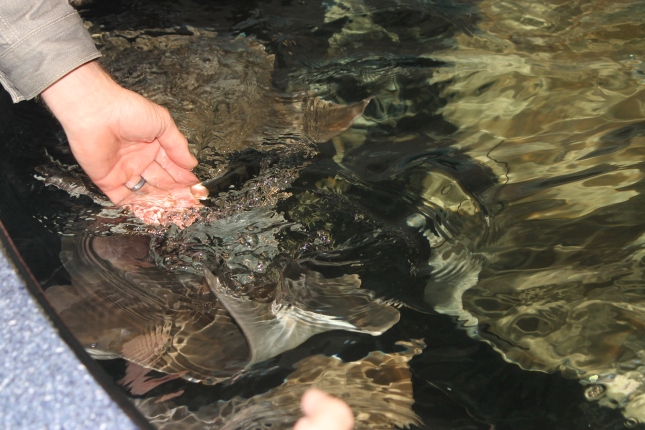 The Aquarium also has a great bird room where you can hang out and the parakeets will flock to you. They are so curious they crawl into you hood, purse and pockets. The kids spent a lot of time here too. 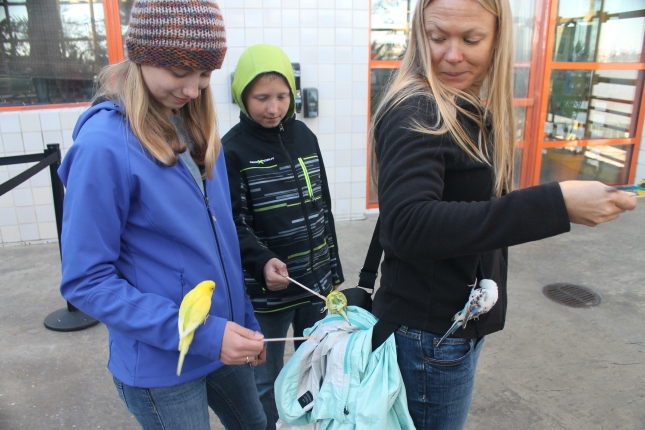 We spent Christmas in an RV. As you can imagine, we had to downsize a bit, so with a little sneaking, Danielle and I picked up a miniature tree for the kids to decorate.

Its no tree skirt, but the dash worked just fine. We make due with what we have, and we still have fun. Christmas at the beach was a treat. 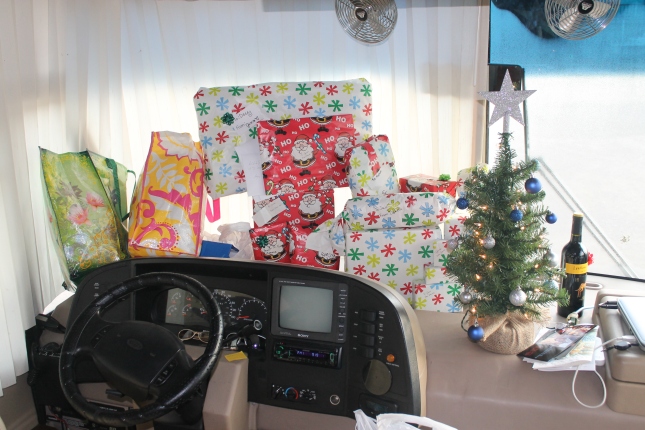 Justice had mentioned a guitar a while ago, so Danielle ordered one. Then we didn’t hear anything about a guitar, so thought maybe we should have thought of a better gift. Fortunately for us, the week before Christmas, she mentioned it again, so she was happy on Christmas day…..

Nation had seen an RC car in Dallas, and as uncle Kelly has one in Rapid, Nation thought that would be fun. We mail ordered one, and he spent the morning of Christmas outside…..

While we were in Dallas the kids somehow got a story out of Danielle about an Ewok stuffed animal she had as a child. This ewok met a terrible end after a trip to the dryer to clean him. So, the kids thought that mom would love an ewok again, and spend a day texting me at work to bid on Ebay for them. Lets hope they never get their own passwords, as they definitely got caught up in the fun of bidding. Danielle loved the thoughtful gift from the kids. 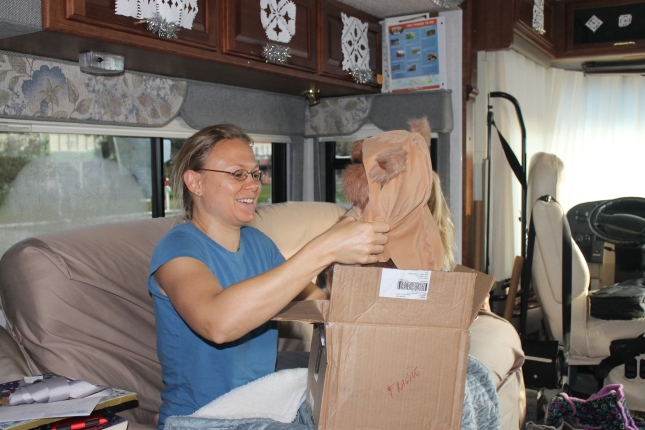 One of the things we love about Grand Isle is that it is a small town. As with small towns everywhere, its hard get past being an outsider. Danielle is teaching 4 fitness classes a week at church, and helping with a food bank truck, and I am working with a local contractor, and spend a bit of time at city hall, so we are making headway, and people are a bit more friendly each day.

Part of the fun of small towns is that everyone come to the events. The tree lighting at the community center was great (and warm for us) and the gumbo afterward was better than any restaurant. 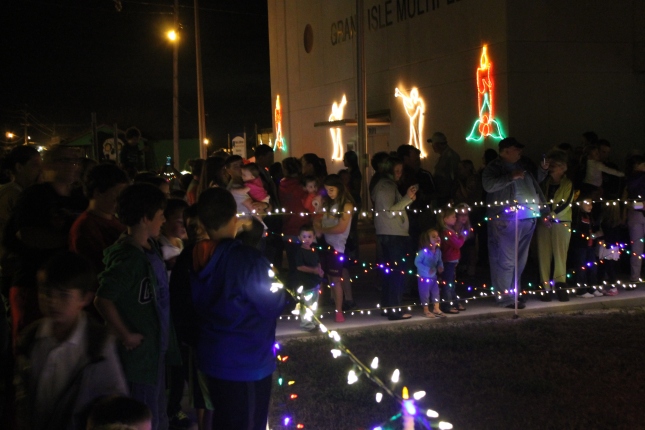 Another great part of the island is the food. There is seafood everywhere. Even the seafood at the gas station is better than anything in South Dakota. It’s just part of the area. We often get invited to “boils” where there is a pot of potatoes, corn, crab, shrimp, sausage, seasoning, and anything else that might be around. Justice has a hard time as she won’t eat anything out of the water, but Nation has to be told to leave some shrimp for everyone else…..

The island is 7 miles by 1/2 mile. Most of the businesses are in a small area, and  the rest is rental or weekend “camps” for fishermen or families from “up the bayou”. Often we stop at the shrimp shack (where the shrimp trawlers come and sell) and pick up fresh shrimp for the evening meal. These just came in today. 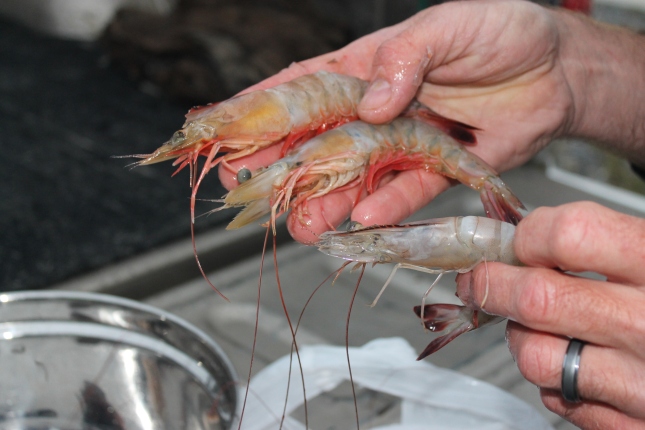 One of our favorite fish to eat is Flounder. We haven’t gone out yet, but my boss is planning to take us soon. They look like a fish that is run over as their eyes are both on one side of their head. They bury themselves in the sand to camouflage themselves. 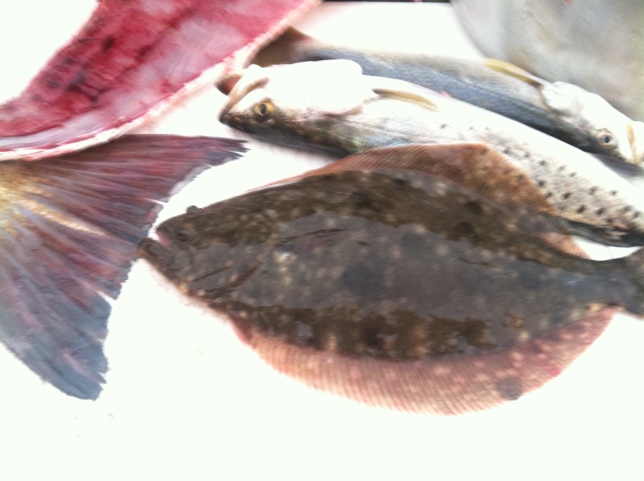 The kids are still sharing the fold out couch, and do well most of the time.  They sleep hard enough that this is what I wake up to most days.

We all love to go walk or play on the beach. We are excited for warm weather, but we have had some great days. I leave you with the best part of Grand Isle, the beach and sunrise. 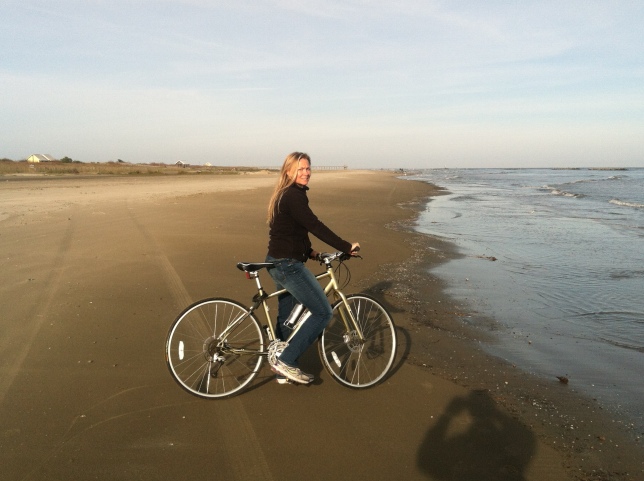 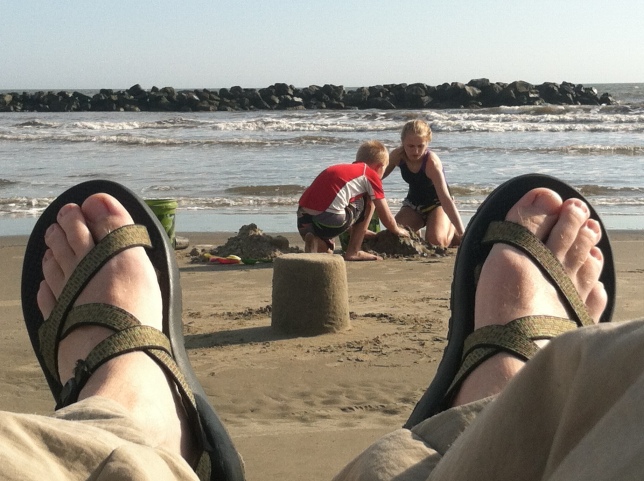 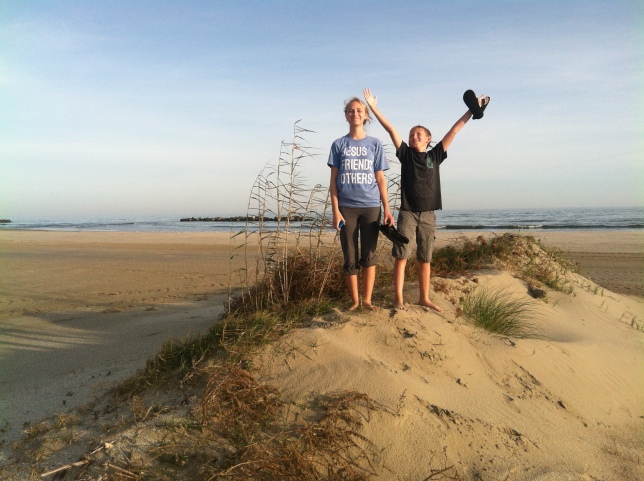 One thought on “Two months, where does the time go…..”